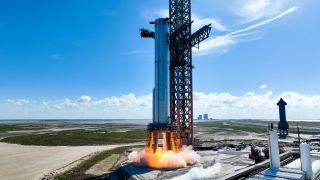 SpaceX conducts a static fire test with the Booster 7 Super Heavy prototype in South Texas on Aug. 9, 2022, lighting up one of the vehicle's 33 Raptor engines. (Image credit: SpaceX via Twitter)

SpaceX fired up a Super Heavy booster on the launch pad today (Aug. 9) for the first time ever, notching a big milestone in the development of its Starship deep-space transportation system.

The Super Heavy in question, a prototype known as Booster 7, is scheduled to launch on the Starship program's first orbital test flight in the coming months. SpaceX is gearing up for that mission, as today's engine test shows.

The test, which took place this afternoon at SpaceX's Starbase facility in South Texas, involved just one of Super Heavy's 33 Raptor engines, company representatives said via Twitter (opens in new tab). The engine lit up while Booster 7 remained anchored to the orbital launch mount, in a test known as a static fire.

The Starship system consists of Super Heavy and a 165-foot-tall (50 meters) upper-stage spacecraft called Starship. Both elements are designed to be fully reusable, and both will be powered by the next-generation Raptor, which is much more powerful than the Merlin engine that SpaceX uses with its Falcon 9 and Falcon Heavy rockets.

Starship upper-stage prototypes have launched before, on test flights that reached a maximum altitude of just 6.2 miles (10 kilometers) or so. Those jaunts involved vehicles with three engines, half of what the final Starship spacecraft will sport.

No Super Heavy vehicle has yet left the ground, though the upcoming orbital test flight will change that, if all goes according to plan. On that mission, which will lift off from Starbase, Booster 7 will launch a six-engine Starship prototype called Ship 24 to orbit. Booster 7 will splash down in the Gulf of Mexico shortly after liftoff, and Ship 24 will circle Earth once before coming down in the Pacific Ocean near the Hawaiian island of Kauai.

SpaceX likely will perform a lot more testing before clearing Booster 7 and Ship 24 for that landmark launch. But some of those prelaunch trials will be big events in themselves. The first time that Booster 7 fires up all 33 of its Raptors, for example, will be a sight — and a sound — to behold. (For perspective: The Falcon 9 has just nine engines in its first stage, as the rocket's name suggests.)

Though today marked Booster 7's first static fire on the launch mount, it has breathed fire at Starbase before. On July 11, flames shot from the vehicle's base after something went wrong during an "engine spin start test."

Michael Wall is a Senior Space Writer with Space.com (opens in new tab) and joined the team in 2010. He primarily covers exoplanets, spaceflight and military space, but has been known to dabble in the space art beat. His book about the search for alien life, "Out There," was published on Nov. 13, 2018. Before becoming a science writer, Michael worked as a herpetologist and wildlife biologist. He has a Ph.D. in evolutionary biology from the University of Sydney, Australia, a bachelor's degree from the University of Arizona, and a graduate certificate in science writing from the University of California, Santa Cruz. To find out what his latest project is, you can follow Michael on Twitter. 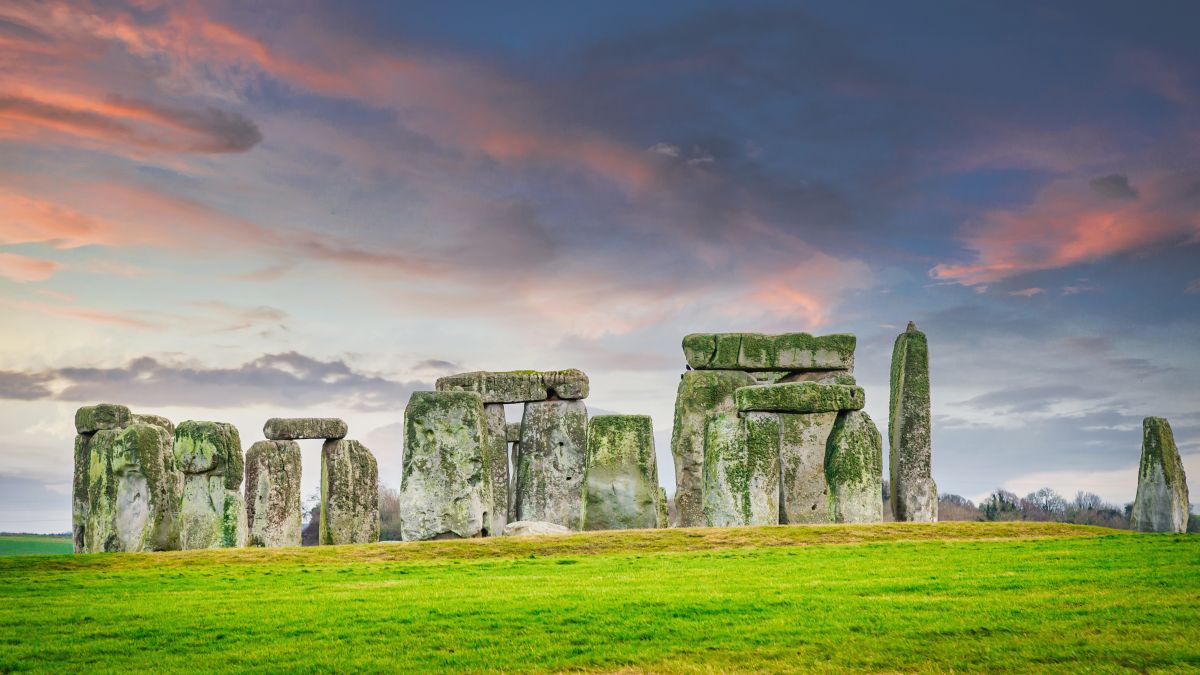 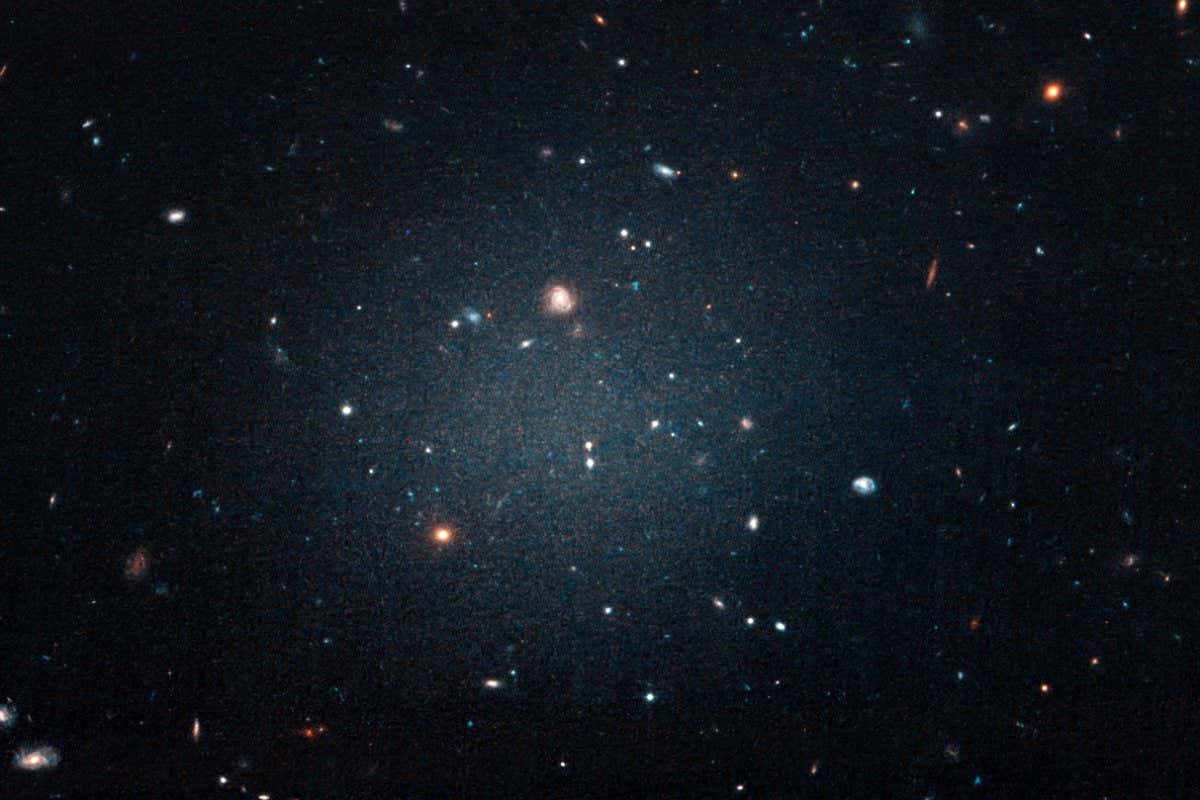 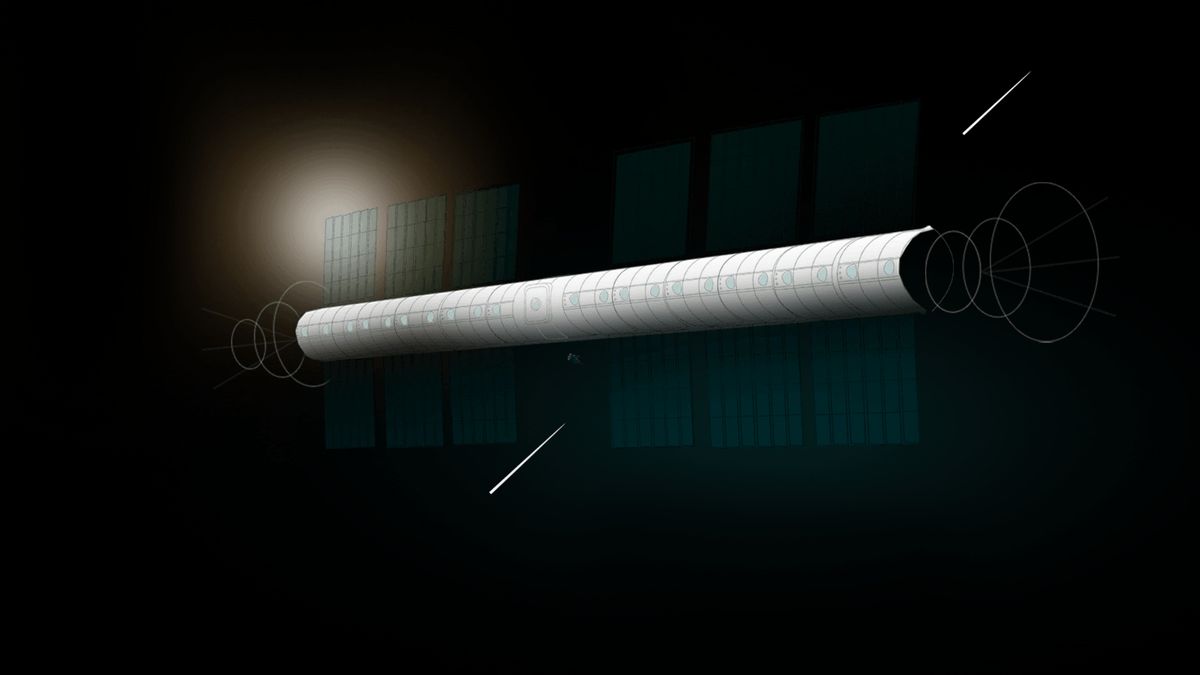